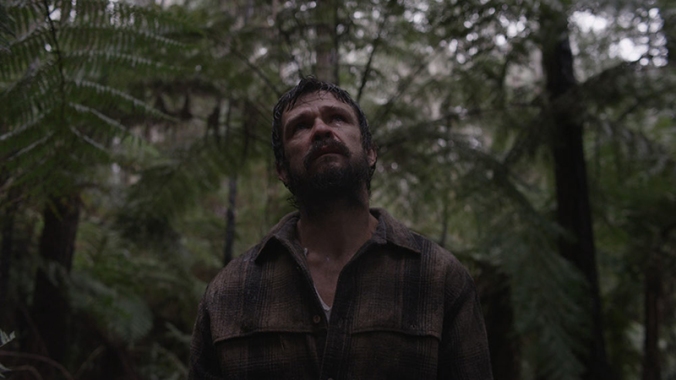 I’ve begun to observe a certain categorical and identifiable representation of masculinity in contemporary Australian cinema, one inherently constituted by genre on the one hand, and imaginings of landscape on the other: Which is to say, Australian cinema has always been engaged in interrogating or perpetuating the mythos of the self-realised ‘outback bloke’ — though it required a Canadian dramatist, Ted Kotcheff, to dismantle the archetype wholesale in Wake in Fright — but a recent influx of tiny Australian pastorals of epic interiors have reclaimed the archetype for renewed audience fascination, by subjecting this human avatar to the violence of the land he professes to emblematise.

There must be something iconic, unassailable and inexpressible — “primal”, growls Thomas (a.k.a. Chris Alcott), one of two central protagonists in Kasimir Burgess’s riveting and loss-haunted début feature, Fell — about a man’s attempts to carve a channel wide enough to accommodate him in the topography of the Australian landscape, because this is a narrative of provenance which we appear collective-bound to tell. Writer/director David Michôd has probably assumed the status as the proverbial poster boy for rehabilitating this once-shunned storytelling tradition in Australia, and certainly there’s something to be said about Michôd’s conviction that the conditions of a particular landscape will compel dramatic impetus in a story about men. In many ways, however, Michôd’s The Rover is schematic or obfuscating — low-stakes, emotionally — where Kasimir Burgess’s Fell is mute but stormy with meaning. END_OF_DOCUMENT_TOKEN_TO_BE_REPLACED 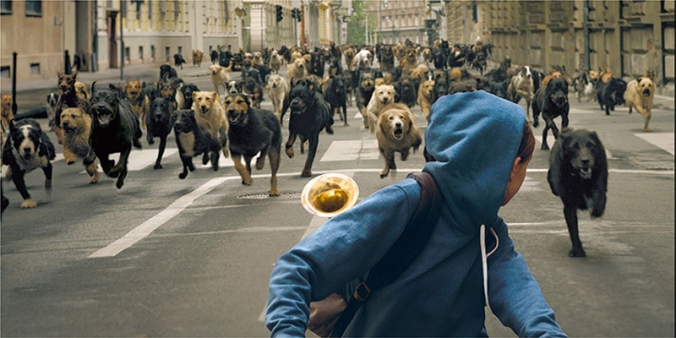 Writer/director Kornél Mundruczó is an artist specialising in dualities, dissonance, contradictions. His new film, the Cannes Prize Un Certain Regard-winning White God (a.k.a. Fehér isten) — which I would contend constitutes something of a masterpiece, if one’s critical barometer is receptive to unclassifiable cinema which invests in a worldbuilding and an interior logic which never lapses or negates itself — is an exemplar, an instructive example best cited, of this directorial delight Mundruczó engenders in postmodern collision. As I watched White God in a darkened theatre, increasingly aware that I was being spellbound — enacted upon — by weird forces of wonderment and repulsion, transformative images electrified by human emotion, I quickly discerned that what I was encountering was so damn unlike anything else as to be self-incarnate, envisioned in a cultural vacuum, autochthonous. This is of course ridiculous: I don’t doubt for a second that, if pressed, Mundruczó would be seized or compelled to articulate and rationalise his authorial agenda by referencing a navigable constellation of cinematic (and pop.-cultural) influences. What I mean is not that White God is anything akin to a prelinguistic or originary artefact, because such an assertion would smack of intellectual posturing and a tendency to transcendentalise a byproduct of existing cinematic traditions, but that White God feels like something entirely disenthralled with comparison.

It is the Mundruczó affect: quieten the whispering mind to the extent that it is almost as if nothing else intrudes on the canvas but the images composed and strobing there; there is a bigness of vision, an ambition of scope and an aesthetic experience which is immersive and unpolluted by the legacies of predecessors. If I had to define it, I’d maintain that White God is like Wake in Fright for children. END_OF_DOCUMENT_TOKEN_TO_BE_REPLACED